Fiesta and showbusiness. These are the concepts that made us turn the poster of the annual festival of Barcelona into a light bulb filled illuminated sign. Light bulbs have traditionally illuminated popular festivals and in times gone by they also illuminated show signs.

For the logotype we chose the typography Aurea Ultra, because it is round, happy, modern and traditional, like Barcelona. In addition to this the shape and thickness of the letters is ideal to build on in volume. We inverted the position of the apostrophe to link the logotype and the date better. When the “M” and the “09” are alone they seem to be dancing together.

We ordered the sign from B15 sign makers, it was a work of great craftsmanship, three metres and a half long and twenty-five centimetres in volume, which would light up the fiesta from the balcony of the Palau de la Virreina. The “M” alone is 70 centimetres tall! We painted the letters white on the inside and gold on the outside, like the classical circus signs.

Then we did a night photo session, in the B15 workshop itself, given the difficulty of transporting the piece. We used close up shots to show the different activities of the fiestas and whole shots for the posters and general pennants. In contrast with the dark background of the photos, we organised the festival information on backgrounds of the colours of fire: orange, red and fuchsia.

The scarf of the Mercè reproduces the sketch of the luminous sign, with colours, which transform the light bulbs into confetti. 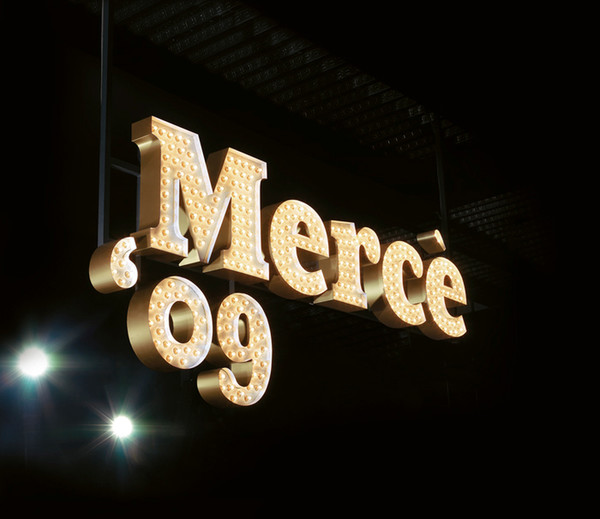 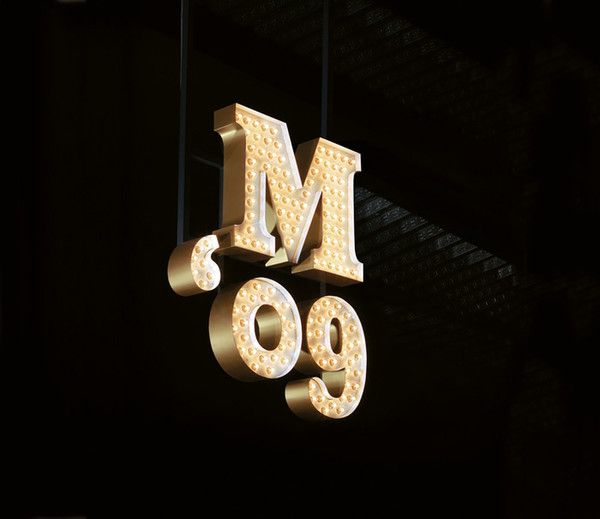 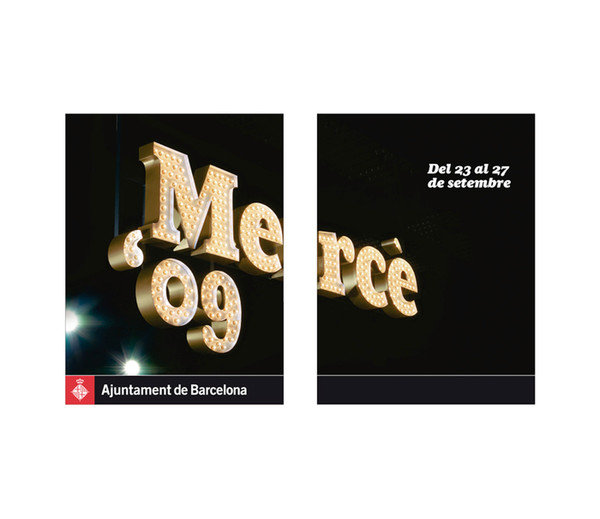 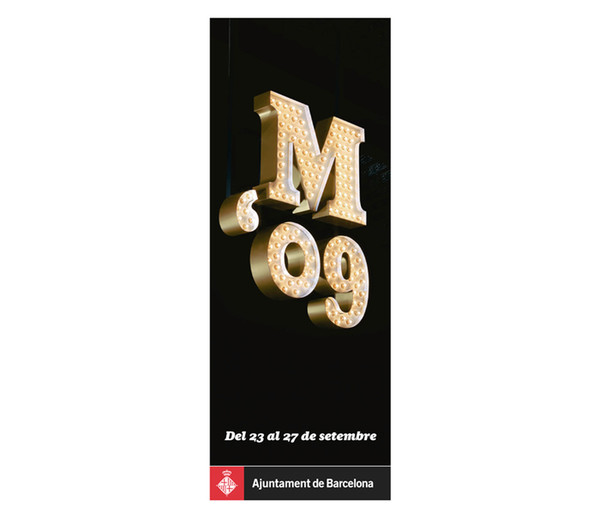 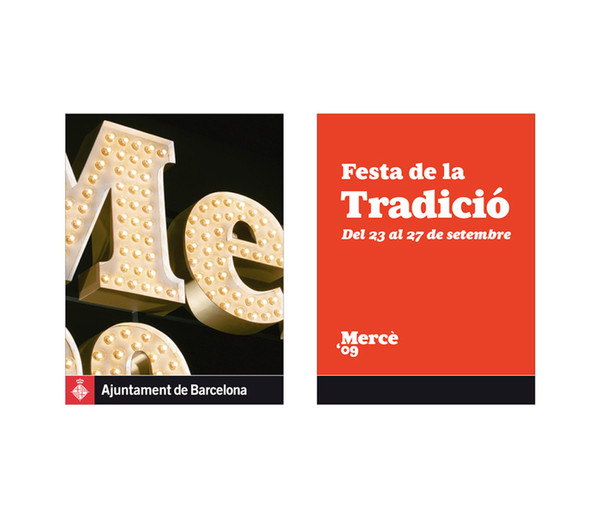 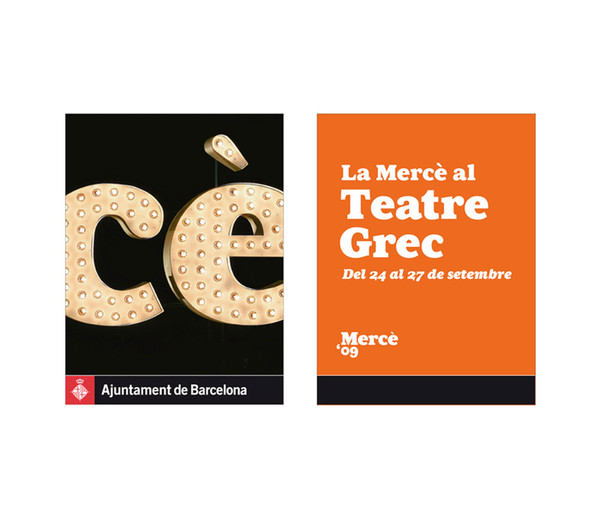 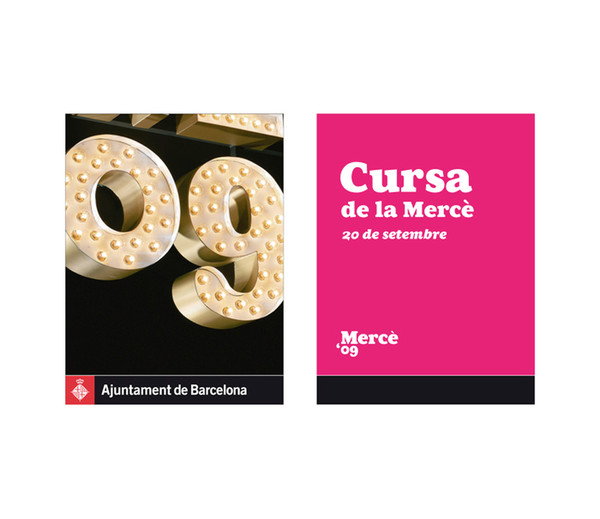 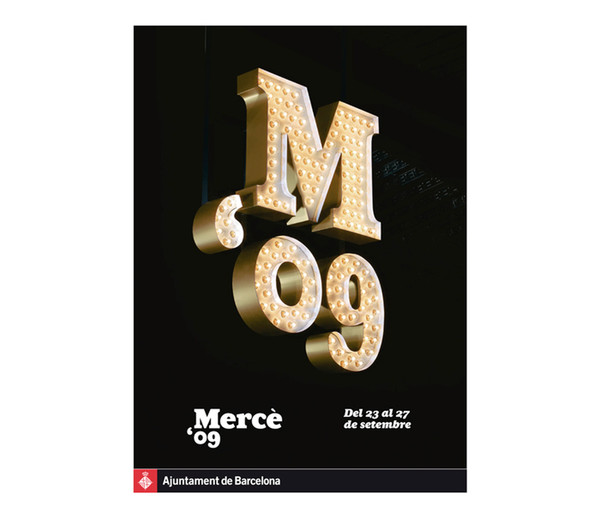 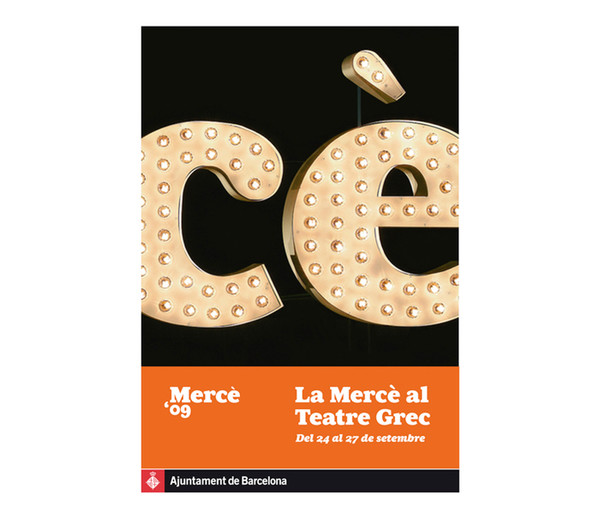 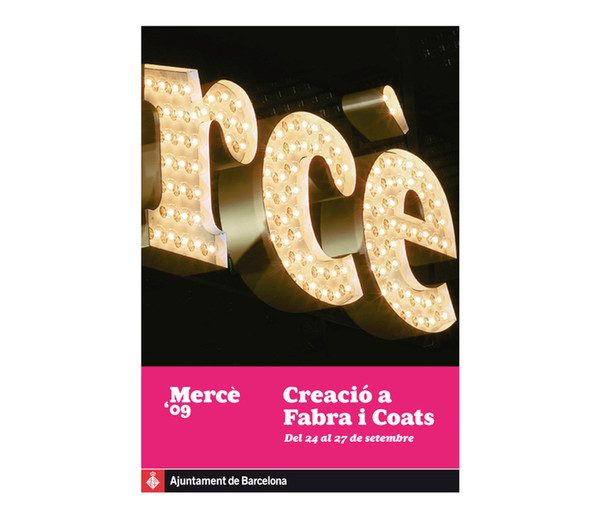 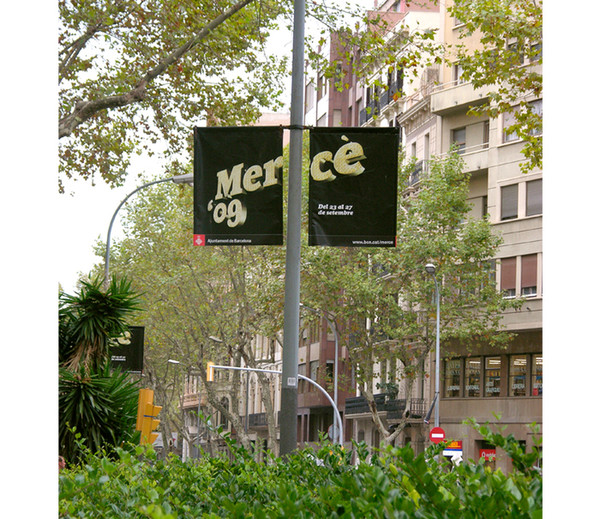 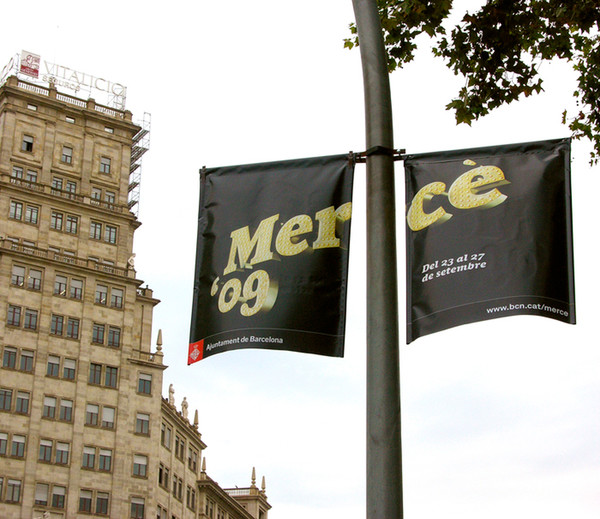 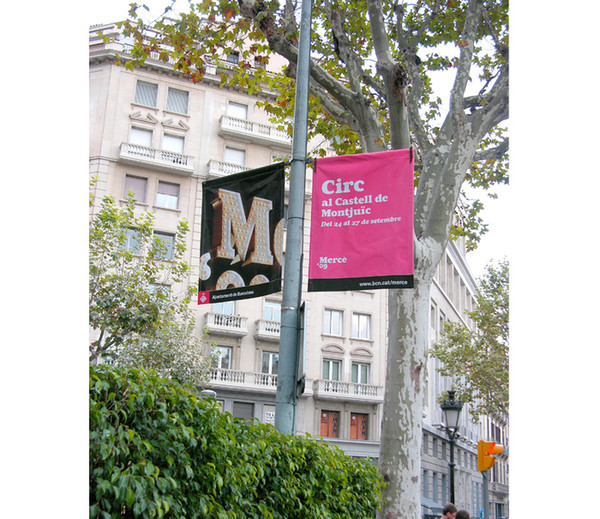 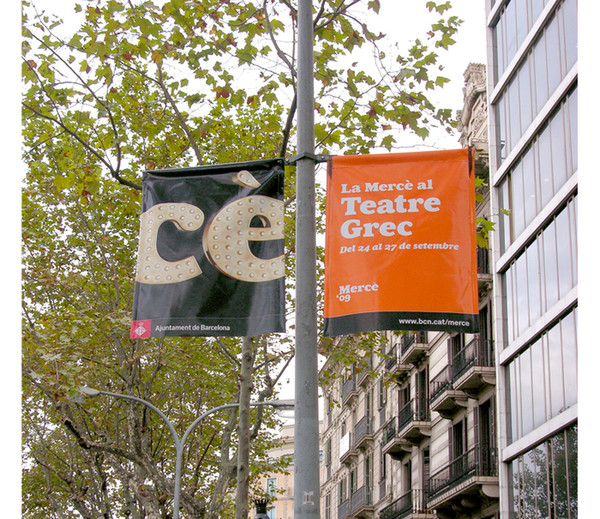 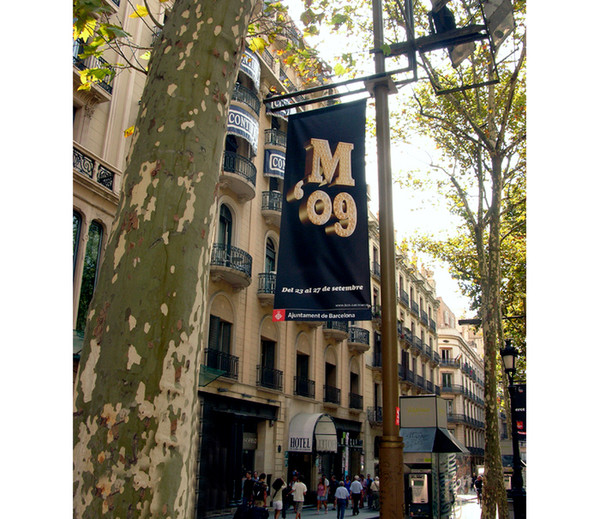 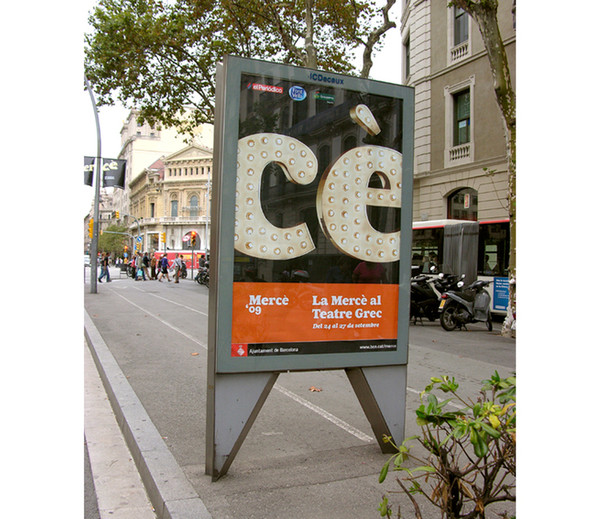 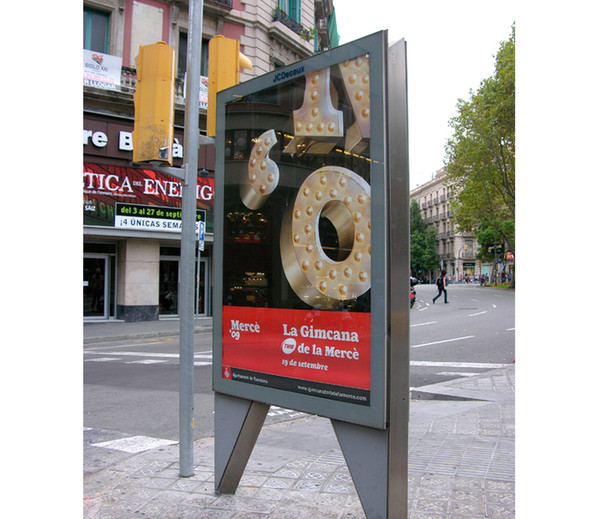 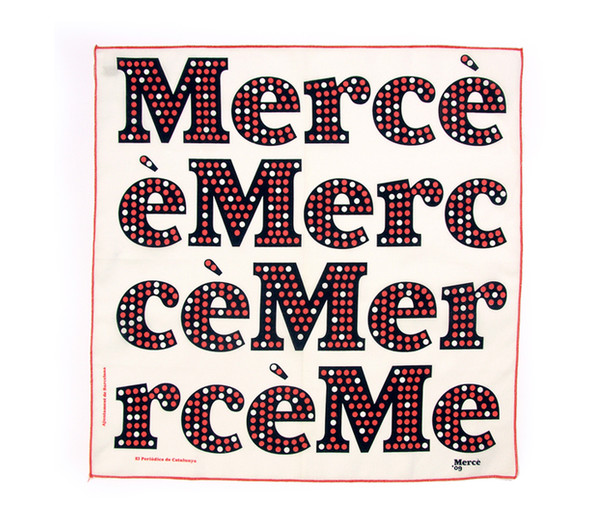 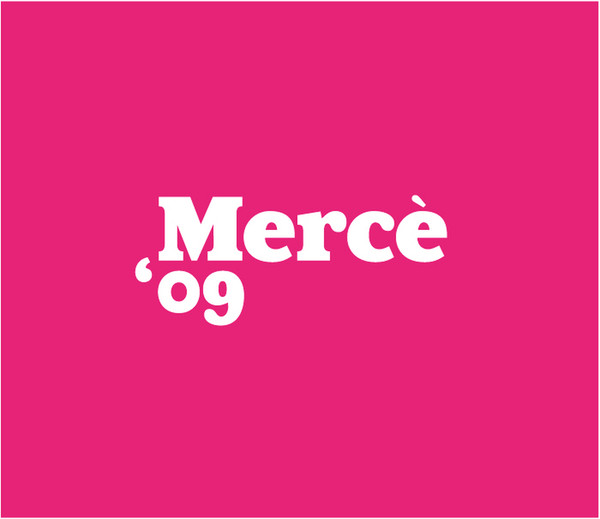 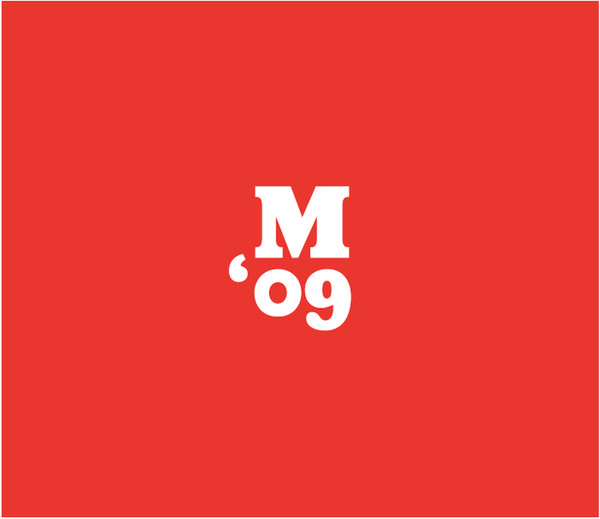