PSI is more than just a wine. PSI is Peter Sisseck's new project. His first wine Pingus is amongst the top twenty wines of the world. The indebtedness that this oenologist feels towards the land of Ribera del Duero, has led him to launch a totally ecological and biodynamic project which includes the cultivation of allotments and cattle breeding to generate organic compost, the development of a vineyard conceived as a school-workshop where wine is made the way it used to be. Albeit with a 21st century cooperative profile where the grapes are provided by vine growers who are part of the project.

When Peter came to my studio and explained the concept to me, I was excited: an exemplary plan, which combined environmental respect, sustainability and teaching. It seemed to me to be a beautiful and generous gesture towards the earth and humanity. However, when I knew the name under which he had registered this wine, I must admit I was worried: Peter wanted the label to show only the Greek letter Psi, which are his initials, and while I could appreciate the daring of showing only one symbol, I thought that Psi was a sign which is graphically very hard, it looks like a trident and I was worried that it would not transmit the human and ecological condition which was the background of this project.

A short time after our first meeting I thought that it would be possible to illustrate a vine stock in the shape of Psi. The vines of Psi are antique and trained traditionally, which is why it is not uncommon to find stock in this shape. And to make the gratitude to the earth implicit I decided to show the roots, the psyche of the plant. I explained this to Peter on the phone and he liked the idea a lot.

In order to do the illustration, Sisseck sent us a photo of a stock in the shape of Psi from his vineyard and we transformed it into an engraving. The design of the label of the wine reflects the concept of the Psi project: a wise and austere organisation, which allows nature in all its essence to be the protagonist. 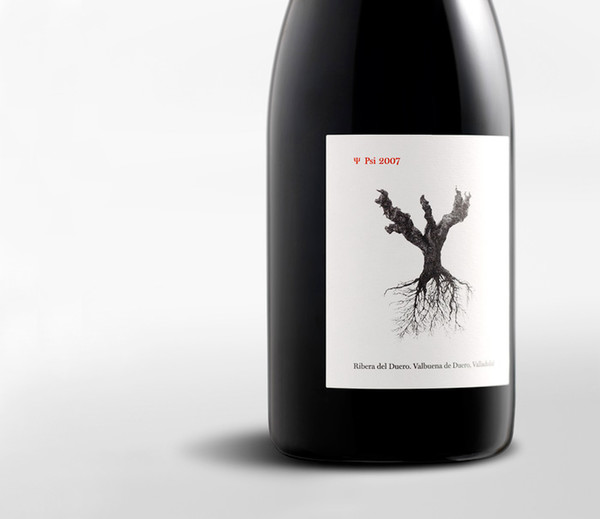 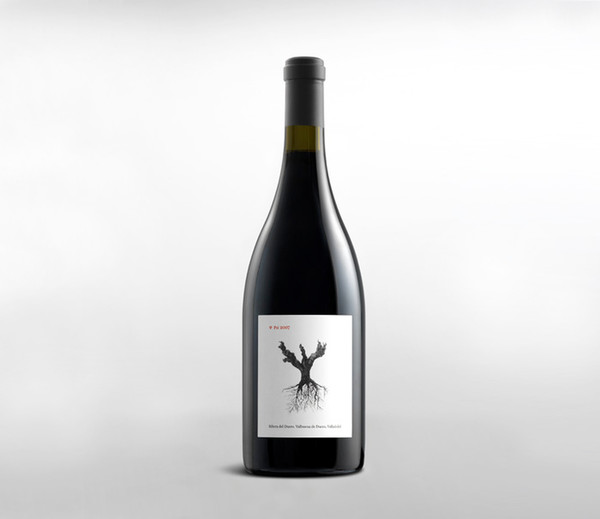 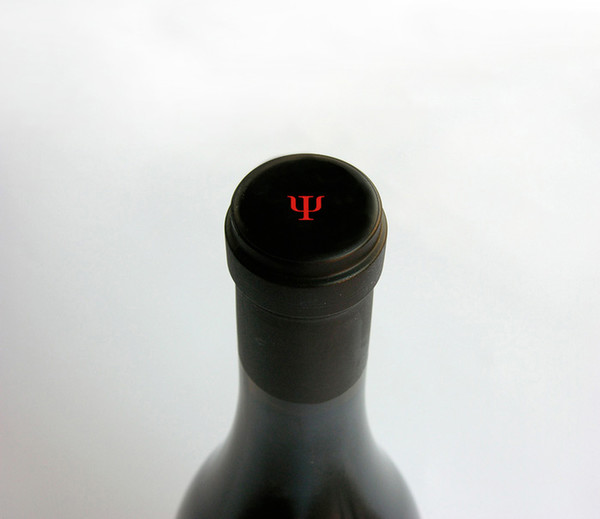 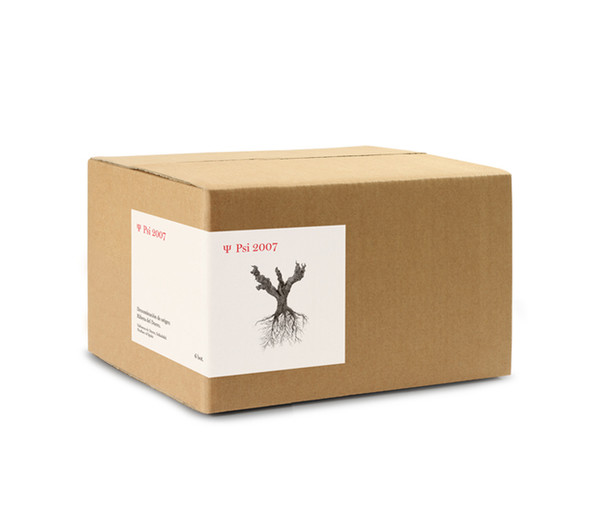